Listening to Nature: Taking on Illegal Logging with AI

Artificial intelligence has been applied to many areas, but few have such an immediate benefit as the work being done by Rainforest Connection. Lucy Ingham hears from CEO Topher White about how the technology is tackling illegal logging – and how it could provide a step-change in the way we understand the natural world

It’s unusual for a nature soundscape to kick off any talk at a conference, much less at a tech conference held by Chinese giant Huawei. However, at Huawei Connect 2019, attendees at one talk were treated to the squawks, hoots and susurrations of a rainforest as Topher White, founder and CEO of Rainforest Connection walked onto the stage.

“This is a hornbill,” said White, referring to a deep cooing, “and these are gibbons,” as the howls of a group of the primates cut through the hisses and chirrups.

“So this is actually Borneo, the first time I ever visited the forest. And it was these noises that really struck me about it,” he said.

“But I’m sure you all have heard, the rainforest is very much under threat. And in fact, behind the cacophony of noise the entire time, there were actually chainsaws in the background.”

On cue, the sharp, mechanical sound of a chainsaw cut through: the sound of illegal logging chipping away at the rainforests, one tree at a time. 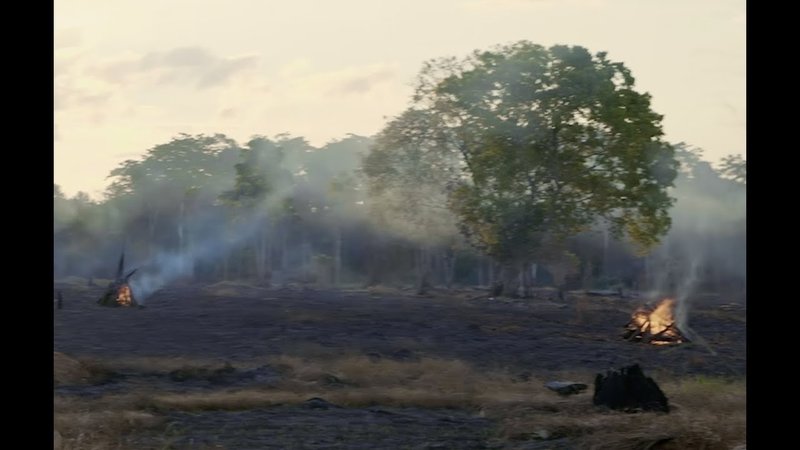 Through his non-profit startup Rainforest Connection, it is this problem that White is tackling, using a technology that at its core you’d be more likely to find forgotten in a drawer than as part of a major wildlife protection effort: a Huawei mobile phone from 2009.

While these devices are so old that, according to White, people at Huawei don’t even recognise them anymore, they form the core of Rainforest Connection’s central technology: the Guardian.

A black box surrounded by small solar panels, these Guardian devices sit inconspicuously in the trees, but they provide a powerful service. Always listening, they can detect the sound of chainsaws in real-time, immediately alerting authorities and so stopping illegal logging as it is happening.

“The sound is picked up by these devices in the trees, it goes to the cloud, we pick out the sound and alert people on the ground. They’re like, whaat? And they jump on their motorcycles and they get out there and they stop the loggers on the spot.”

Inside the black box at each Guardian’s core sits the 10-year-old smartphone, chosen for its high-quality microphone and the fact that “it still works”.

Kept constantly powered by the surrounding solar panels, these devices are able to hear an active chainsaw within a 3km radius, and thanks to surprisingly good phone signal, can constantly stream whatever they hear to servers, allowing for real-time analysis.

While the simple phone-in-a-box technology provides the hardware, White’s team built a rudimentary acoustic model to detect a chainsaw amongst the din of nature. And it is this that enables nearby authorities to be alerted and take action, allowing illegal logging to be stopped.

While it may sound too good to be true, it works. White gave the example of an incident in an intact area of the Brazilian rainforest, which is the territory of an indigenous group but is plagued by logging and other illegal activities.

Rainforest Connection began working with the group in 2015, setting up Guardians that alerted them when chainsaws were heard.

“This all happens in real time. So the ability is for us to be able to get out there and actually stop these things on the spot,” said White.

“In this case, the tribe was waiting at the end of the road, where they stopped the truck, seized the equipment, arrested the loggers, burned the trucks and made sure that they couldn’t actually go back to their land anymore.”

However, while the early home-brewed approach has proven effective, White’s model didn’t have a perfect accuracy rate.

At this point, Rainforest Connection drafted in Huawei, using the tech giant’s AI capabilities to enhance the accuracy of the acoustic model.

While this isn’t the kind of technological effort people normally associate with Huawei, its work with Rainforest Connection is part of its Tech 4 All efforts, which focus on using the company’s capabilities to improve access to the benefits of technology.

“Through the Tech 4 All initiative we want all our employees and partners to understand this vision is not just for technology: ultimately the purpose is for people,” said Ken Hu, deputy chairman of Huawei at the Huawei Connect event in Shanghai.

“We believe that every person should be able to benefit from digital technology.”

Using its Guardians, Rainforest Connection is now combatting illegal logging in ten countries, covering an area of 2,500km2. However, its acoustic model is opening up far more possibilities.

“We’re just getting started. And to be honest, it’s not just about the forest protection, it’s about how do we get this data to the people? So every single one of these Guardians, these old phones in the trees, is streaming all the sounds of the forest. And anyone can download an app and listen to any one of our Guardians. And it sounds pretty magical: the forest at all times, 24/7,” said White.

“We never would have known about this earthquake. But the spider monkeys themselves talked about it by this yelling, which went on for quite a while.”

While this is still a project in development, Rainforest Connection is working towards building models to create a richer picture of the rainforest environments, with its first efforts already underway.

“Huawei teamed up with us, they were able to build a model for detecting spider monkeys,” said White.

This has already produced some surprising findings.

However, the model unexpectedly picked up a group of spider monkeys in Costa Rica bellowing angrily at midnight. The reason? An earthquake – and one that would have otherwise gone undetected if it weren’t for the acoustic model.

“We never would have known about this earthquake. But the spider monkeys themselves talked about it by this yelling, which went on for quite a while.”

Despite the impressive results so far, the future potential of the technology is even more remarkable: bringing sentiment analysis to nature.

“And turns out that we were able to put that together pretty quickly. We’re actually rolling that out for the end of the month. So I can share that with you another time.”

“What’s next is not just about spider monkeys, it’s about the entire soundscape of the forest.”

In the longer term, White has even greater ambitions: to be able to turn real-time rainforest audio into a live picture of the natural world, where every creature’s chirp or howl can be used to identify their presence.

“What’s next is not just about spider monkeys, it’s about the entire soundscape of the forest. Imagine if you could tell everything that is happening in the forest at the same time, map it out, display it for people to see right here,” he said.

“You could look at this over hours, days, weeks, months. And we think that we can sketch out the ecological relationship between all these species, which never would have been done before. This is what we’re building right now.”